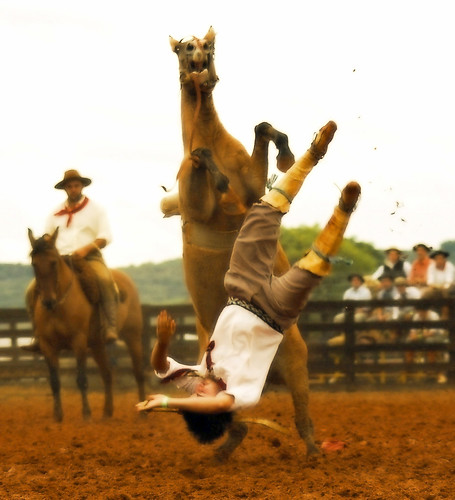 The job-destroying Employee Anti-Choice Act (EFCA) is becoming a topic this week in the political races leading up to November 2nd, as it should. Given that EFCA, in addition to card-check, lets a government ‘arbitrator’ dictate wages and benefits on private-sector businesses and their workers, it’s been estimated that 4.5 million jobs would be lost if EFCA ever does get signed into law.

However, like bringing home a cheap date to meet mom and dad, union-bought Democrats who have filled their campaign coffers with union money are having a tough time reconciling being union shills and looking voters in the eye over the issue—especially with unemployment getting worse and worse.  From Senate races in West Virgina and Colorado to a Congressional race in Florida, Democrats seem to be feigning right, hoping to get elected so they slither back to the left again.

For example, during a debate against Allen West [R] on Tuesday in Florida, Democrat Congressmen Ron Klein [FL-22] ran so far away from EFCA that you would have thought he was a coyote, even though Klein voted for it in 2007 and cosponsored it in 2009.

After that bill failed in the Senate, identical legislation was reintroduced in 2009. After some publicized hesitation, Klein signed on as one of 231 cosponsors.

But during a debate Tuesday with Republican challenger Allen West at Lynn University, Klein said he supports secret-ballot elections and cosponsored the Employee Free Choice Act so he could have “a seat at the table” to influence the legislation as it is hashed out.

“The secret ballot idea — I agree,” Klein said during the debate, which was sponsored by the Sun-Sentinel.

On Tuesday, Human Events columnist Connie Hair noted that a pair of Democrat Senatorial-hopefuls, Joe Manchin (WV) and Michael Bennet, tried to duck the EFCA issue during their respective debates seemingly coming out against card-check [but not saying anything about arbitration].

Democratic Senate hopefuls Gov. Joe Manchin (D-W.V.) and Sen. Michael Bennet (D-Co.) on Monday came out in opposition to the Employee Free Choice Act (EFCA) which seeks to, among other noxious elements, strip employees of the right to a secret ballot when voting whether or not to unionize their workplace.

Bennet has been forced to flip-flop on his primary position on the unpopular legislation now that he trails Republican challenger Ken Buck in the race.  Win or lose, Bennet would still be seated for the lame duck.

In Bennet’s case, though, he appears to be taking a lesson from Arlen Specter over his support for the Employee Anti-Choice Act:

Since being appointed to the Senate in January 2009, Bennet has remained silent on the legislation, which would greatly ease the ability of unions, one of Bennet’s key constituencies, to organize.

When asked Monday night about his position on the bill, Bennet said, “I would not support the language in that bill,” eliciting praise from business groups in Tuesday’s Denver Post.

Then, in lightning-like speed, Bennet tried to mount two horses with one a**...sort of.

Asked for clarification on Bennet’s position Tuesday, his campaign explained that he is one of several senators yet to get on board with the legislation, which is currently stalled in Washington.

“Michael has consistently supported protecting the rights of workers to organize and collectively bargain, free from intimidation,” said campaign spokesman, Trevor Kincaid. “While he doesn’t support the original version of EFCA, he believes there is a path forward that encourages economic growth and protects worker rights. While Michael recognizes the importance of this issue to both business and labor, he also knows Colorado’s working families simply can’t afford Ken Buck’s extreme policies to raise taxes on the middle class, eliminate unemployment benefits, and reward corporations that ship American jobs overseas.”

Note the deflection? If Bennet truly believed in ‘economic growth and protecting workers rights, he would come out strongly against EFCA, as it destroys both.

Buck, meanwhile, ripped Bennet for failing to take a concrete position, even though it seemed as if he had. “His constituency group is clearly the unions, and yet he doesn’t want to make the business people mad, he doesn’t want to make the newspapers mad, and so he’s trying to have it both ways,” Buck said. “He can’t have it both ways. He can very easily say, ‘I’m opposed to card check, I don’t like taking away the workers’ right to a secret ballot’. But he won’t say that.”

With less than three weeks before the mid-terms, Democrats are desperately trying to cling onto anything, even if that means temporarily betraying their union bosses on EFCA.  However, with both AFL-CIO boss Richard Trumka and Senator Tom Harkin [D-IA] hinting toward action during a lame duck (which Michael Bennet would be sitting on), Democrats aren’t to be trusted on this issue. In too many cases, they’ve proven that ideology trumps common sense and, in this case, you can’t ride two horses with one a**.

“I bring reason to your ears, and, in language as plain as ABC, hold up truth to your eyes.” Thomas Paine, December 23, 1776